After a quick 15 mins nap, I booked a go-bike and headed towards the Sacred Monkey Forest.
Within 10 mins I reached the Monkey Forest. It has an entrance fee of Rp 50,000. I got my entry pass and got inside the Monkey forest.

Woohoh!! Monkeys everywhere!!! I hid behind some other tourists because I am so scared of monkeys. What if they attack me?? :O I followed the other tourists and reached a circle near the Main Monkey Temple and the open stage.  There were many groups here and there around some monkeys taking pictures and videos. Spending a few minutes there I walked ahead.

On the pathway, there were many monkey families having their family time. 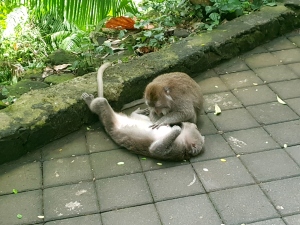 I wish if I could have a  worriless life like them. I felt so jealous of those baby monkeys who had their mama monkey and papa monkey around. Also to those monkeys who had a number of monkeys around them to pull out the lies from their body. I wished if I had someone like that to press my legs every day.

On the other side, there was a monkey caretaker, who was sooo partial to one monkey. 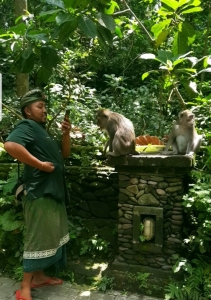 He fed that one monkey alone ignoring the one beside. Though he was fooling that monkey to take Instagram pictures for the tourists. I felt so bad for the other poor monkey.

I walked ahead and reached the central point of the Forest. There was a pond at the center. For the first time, I wondered what’s the role of a dragon, jaguar, and bull in the monkey forest.

I walked around the center and sat there for a while. 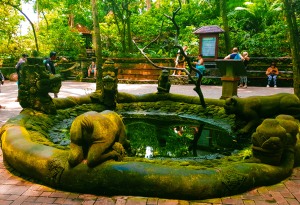 The sound of the crickets made me feel so good. I sat there for a while.

Monkey forest is a conserving area based on the concept of Tri Hita Karana. It is a philosophy in Hinduism. Tri means three, Hita means happiness and Karana means the cause or manner, in short, it means Three ways to reach spiritual and physical well-being.
I don’t know much about the authenticity of this concept, but while sitting there I  wondered; if this place could make me feel like being in heaven, then how actual Eden 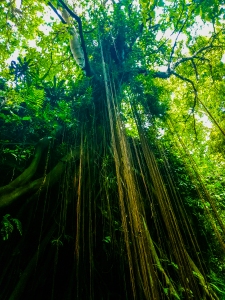 The substance of doctrine of Tri Hita Karana is how to make people maintain a harmonious relationship in this life. Those three relationships comprise of harmonious relationships between humans and humans, humans and their environment, and humans with The Supreme God. The implementation of Tri Hita Karana, in addition to the ritual performed in the temples, can be seen in a special ritual activity related to the animal, called Tumpek Kandang and Tumpek Uduh, where the plant is the subject of the ritual.

I walked towards the holy spring. More than monkeys what stole my attention was the statues around there. The statues and its placement seemed to have some secrets and stories to tell. No two statues were unique. 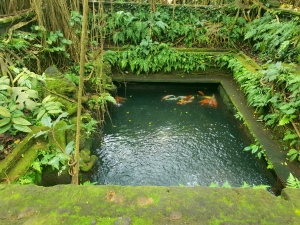 There were lots of statues of demons, spirits, giant lizards, lions, bulls, cows, dragons and much more. And each statue seemed to hold some clues to break a puzzle.

Maybe because I am a big fan of Dan Brown, but I think everyone who takes a closer look on each figure, rather than spending time taking Instagram pictures and selfies will definitely feel the same about it. 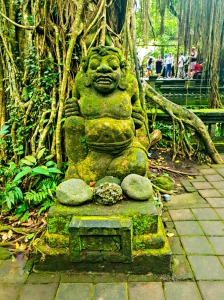 If Dan Brown had been there, I am sure he would have definitely chosen Monkey forest as the baseline for one of his novels.

Something big had definitely happened there long back and monkeys are definitely protecting something that is hidden in that forest. Wish if I could go on a Tomb raid through that forest. The sound of crickets and flowing stream and the long hanging creepers and the roots of the Banyan tree will make you feel that you are in Amazon. 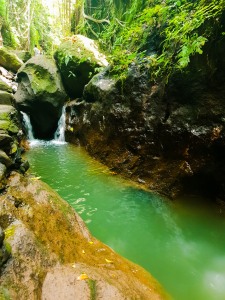 I pray for that place to remain so for so long with all its purity. Let the spirits around the forest keep it safe from all the demons in the outer world.

Based on the analysis of the Pura Purana (a holy book made from palm tree leaves as a historical document of the temple). temples in The Sacred Monkey Forest Sanctuary (Monkey Forest Ubud) area are built around the middle of the 14th century. When the kingdoms in Bali were ruled by the Dynasty of Pejeng or can also be said about the beginning of Gelgel Dynasty. So probably it must be a treasure hidden by that Dynasty that these monkeys are protecting.

In between, I met three guys from Atlanta, USA and joined them for the rest of the tour.

It was soo hard to walk along with them with my cramped legs, still I managed to do it for I wanted bodyguards and didn’t want to get attacked by any monkey. There are more than 1000 monkeys in that forest spread across 6 Kingdoms. The monkey forest is divided into 6 Kingdoms by the monkeys. The main temple Kingdom, Michelin Kingdom, Eastern Kingdom, Central Kingdom, Cemeteries Kingdom, and Southern kingdom. Because of the considerable population and kingdoms, the fights between kingdoms are unavoidable. Especially during the dry season, when the monkeys have to cross other territories without permission to take bath in the river.
While we were roaming around,we saw two monkeys fighting. It was purely a rape attempt in the midday light. 😀 A perverted horny monkey tried to rape a little girl monkey in front of every one.

If you are planning to go Bali, don’t miss Sacred Monkey Forest. It was mysterious but wonderful. Spending half a day here with the monkeys worth. This is really a part of heaven. A place where you can feel the warmth of mother nature in this polluted and artificial earth. 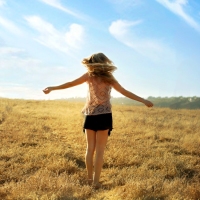